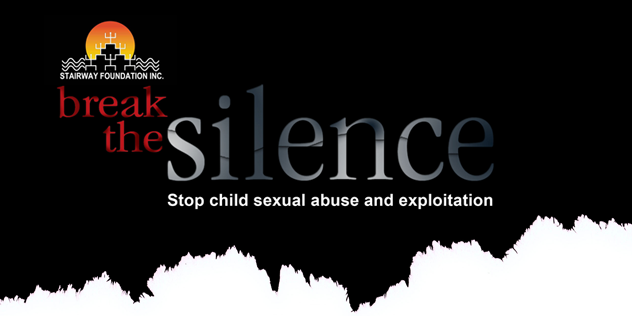 Stairway employs a multi-faceted approach in the fight against child sexual abuse and exploitation. Through the Break the Silence Campaign, we work on advocacy, capacity building and networking to increase awareness of the issues from ground level (children, families and communities) to government departments (Department of Social Welfare & Development, and the Department of Education), with a strong focus on training and sensitizing the National Police, social workers, teachers, and multiple non-government organizations (NGOs).

To reach a greater number of organizations and cover a wider geographical area in terms of Child Protection, Stairway initiated the Break the Silence National Network. Starting out with only 8 partners back in 2008, the Network was registered as an independent entity in 2017 and now counts 45 active organisations nationwide. These partners have been trained by Stairway to deliver child protection training and advocate for children’s rights at the local level as individual organisations, and at the national level collectively. With an average reach of 3,000 individuals per partner organisation, the Network has equipped approximately 135,000 adults and children with basic prevention skills against child sexual abuse and exploitation, and the model is being replicated in several other countries in the region.

Stairway’s Break the Silence campaign has, therefore, trained and is training thousands of teachers, social workers, street educators, church people and others in an attempt to motivate them to take part in a massive movement of information dissemination and education on the issue of child sexual abuse and exploitation. However, the ultimate beneficiaries of this program are the children. With the materials that we have produced and the networks we have established and trained, we reach and help protect children all over the Philippines and in several other South- and Southeast Asian countries. With efforts well underway to develop an online training platform with advanced e-learning, we aim to expand our reach into further parts of the world in the near future.